Do You Need a Spendthrift Trust?

You create a trust to protect, preserve and pass on your wealth to your heirs. But how do you keep your family money safe, not only from creditors, but also from the heirs themselves? Create a spendthrift trust. A trust is used to disburse in a controlled way money and assets you’ve accumulated over a lifetime. A spendthrift trust forbids beneficiaries from spending any money until they receive distributions.

How does it work? An asset management company is hired, perhaps one that’s structured as 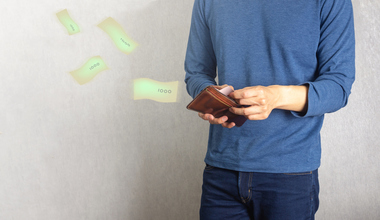 a registered investment advisor if you want the trust’s money invested. You make the trust irrevocable. The trustee has authority to determine which payments are necessary according to the trust agreement. The principal remains in place, generating dividends, interest and rents safely and securely for decades to come.

So, how do you create one of these instruments? The process is the same as establishing any other kind of trust, but the trust instrument must contain a spendthrift provision. An attorney can offer advice on the wording and what works best in your state.

Most states, by the way, won’t let you create a spendthrift trust and name yourself as the beneficiary. This is to prevent fraud against creditors. But when you create a safeguard trust, you get the added benefit of safeguarding your assets from creditors who cannot access nor attach the trust’s funds. However, creditors who supply your heirs with such necessities as food, shelter, clothes or transportation usually can receive payment from the trust. Trusts also can be tapped for payment of alimony or child support. But a spendthrift trust potentially safeguards assets should an heir experience a bankruptcy.

If your children are going to inherit significant wealth, it’s hard to instill instant financial responsibility. By using what is also called an asset protection trust, you give the trustee or trustees broad discretion to provide your beneficiaries with funds — income or principal — to maintain their lifestyles, but without allowing them direct access to the principal.

The life of the trust can be for your beneficiaries’ lifetimes or for a planned number of years, stating that distributions cannot be made until the heir reaches 18, 25, 40 or even 50 years old, thus withholding funds to protect your financially challenged heirs from themselves until you believe financial acumen has been acquired.

A spendthrift trust also can be used to protect people who may be mentally incapacitated. Other stipulations can protect heirs from being sued from creditors trying to attach their property interest in the trust.

We can counsel you on the correct spendthrift language that states will recognize as valid.